Carl Rungius is one of the leading artists of wildlife painting. He lived from 1869 to 1959 and is now a favorite of collectors. The National Wildlife Art Museum in Jackson Hole has quite a few of his paintings, 20 to 30 by my estimate.

Carl painted this wolf. I find this painting very expressive and evocative. When I was growing up, wolves were often mentioned as the most fearsome animal around, and although no one has seen any in Burgundy for probably centuries, they are still part of folk lore and children are told to watch out for them.

Apparently there is a resurgence of the wolf in the northern Rockies. They hunt in packs; hardy locals have seen a handful each. 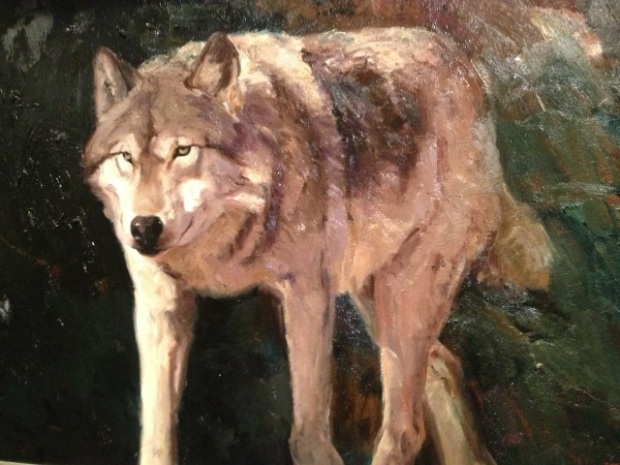 ← In the hundred (of thousands), says Steve
Swayambunath →