When you leave Thimpu headed east, which is the only way to go unless you’re going back to Paro, you drive uphill for a while, and then you get to this stupendous view as you get close to Dochu La.

These peaks are way too numerous to be given names. Suffice it to say that we’re a little east of Kanchenjunga, the 2nd highest peak in the Himalayas and Ganghar Puensum, the highest peak in Bhutan. Note that Bhutan does not permit its peaks to be scaled by alpinists, as this takes away some of the sacred aspect of the mountains; however, it is possible to trek around (but not up) Jomolhari on the western border with Sikkim. 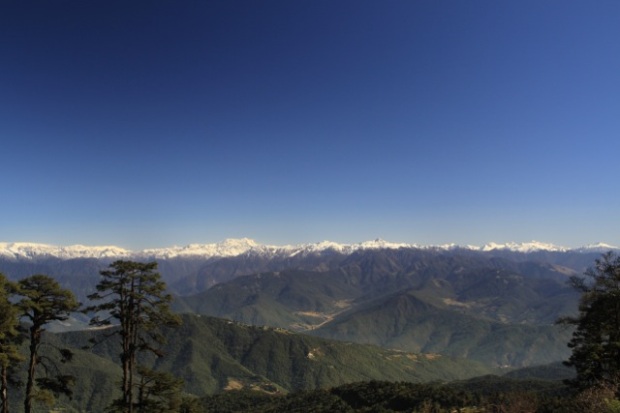 Category : Tibet, Bhutan, and the Himalayas