And that’s all for now. Six months worth of Hagaloo and emails of the day about North Korea, all posted on ChantalHereandThere, and we’ve all made it through my first journey to North Korea.

There is more, though! Still more, for another time perhaps. The thing is this: before starting to write this compendium of thoughts and impressions, I made a list of topics to be covered.
Even I have a hard time grasping the fact that this list of topics is still substantially intact, not even remotely touched on in the past ramblings attached to the pictures. I do think that these ramblings are all essential, elemental even, to the enigma that is North Korea. It’s just that they don’t cover it all. Well, we knew that the truth is quite elusive in this particular series, but, speaking from a narrower point of view, my past ramblings don’t even cover all that I have to say about the country.
I wanted to cover more anecdotes, such as the time when I asked where Dear Leader lives. I would have liked to do a brief discourse on food scarcity. I wanted to discuss North Korean literature and the peculiar form of magical realism that seems to be the trademark of contemporary writing. And then, there’s the very important topic of succession of Kim Jong Il, and the paramount prospect of reunification. And more.

On all these I can write, or if you ask me in person when we meet at a dinner or on a street corner, I can go on forever as a few of you have noticed. My apologies for that. It took me a while, after I returned, to process what I had seen, what I had suspected, and to mesh it all with other people’s trip conclusions (my UK friends Steven and Mary’s, for example) before coming up with my own concerted opinion about North Korea. And then I needed to try out my spoken version. In some cases, I made a fool of myself as I was trying to describe the country. In others, I appeared naïve, wildly innocent in my assessments, or worse.

There is a hunger out there in the Western world, among some of you readers and non-readers of my emails, and among many more as well, about facts and news from North Korea. We all want Truth. We all like a good Story.
The media have picked up on that with regard to the Democratic People’s Republic of Korea. Within a month of my return I collected about a dozen articles with sadly allegorical headlines. I especially liked “North Korea widens gulag” (New York Times, May 5, 2011) and “The thugs ruling North Korea lie and cheat for a living but they can hardly be shunned” (The Economist, May 21, 2011). Having just returned from North Korea and, as well, having re-read several books from my own library, I was stunned by the lack of new information contained in the articles and in the reports they quoted. I was also disappointed to observe a laxity on reporting that can only be partly explained, but not excused, by the difficulty in getting to The Truth in North Korea.

Be that as it may, I remain cognizant of my ignorance and pledge to strive for more facts, always. I also wish to stress that the main lesson I learned from visiting this country is that I shouldn’t judge it too fast. I cannot say whether the people I saw in North Korea are happy, or not. I cannot say whether it is right to leave them in the dark about so much. I cannot say how strong their coping mechanisms are, how they work. I cannot say how bad things get. In November, 2010, I spent some time with Stephen Bosworth, our Special Representative for North Korea. He gave a public talk about North Korea’s militaristic or pacifist intentions (this was a few weeks after a torpedo of unknown origin hit the South Korean Cheonan vessel causing the death of 46 sailors). I remember trying very hard to understand if Mr. Bosworth was giving us an answer (pacifist? militaristic?). He didn’t. We spent the rest of the weekend together, but Mr. Bosworth didn’t want to be drawn into discussions about North Korea that quite likely would have led nowhere, as there are few facts about North Korea that he would have had the clearance to share.
I still have a curiosity about the ground of North Korea that wants to be assuaged. I’d like to return there; I’d like to go with my children. I am so pleased to know that they are deeply interested in this country which is pretty much the antithesis of ours. So, I’ve left some sites for next time. And if some of you want to go, I could be convinced to find a week to join you.
So, for now, I say “khamsa hamnida (thank you) for your attention”, and “annyonghi kyeseyo (good bye) till next time”! 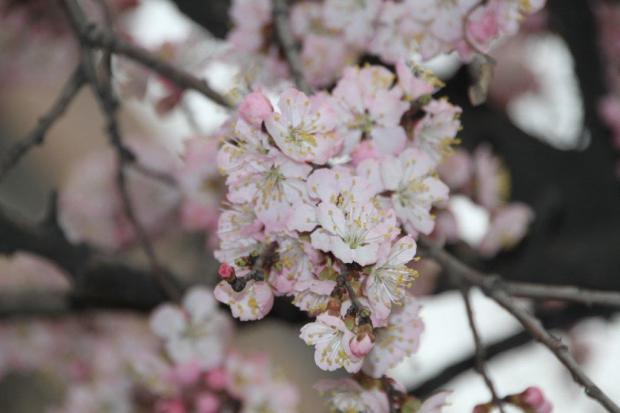