And now what’s wrong with this new picture?

Nothing’s wrong with this one. It’s Mary, mother of Jesus. She lived more than 30 years in the hills of Ephesus, brought here by John the Apostle after Christ’s death.
It is the first time that I see, and really understand, the spread of Christianity immediately after the life of Jesus Christ.

A couple of years ago in Kerala, a state in southern India famous for its trade in spices and other precious things for 3,000 years, we had been told of a surviving Christian community going back to St. Thomas, who would have arrived there in 52AD. Kerala is much farther from Jerusalem than Ephesus is, but all this happened at the same time in the middle of the first century AD. 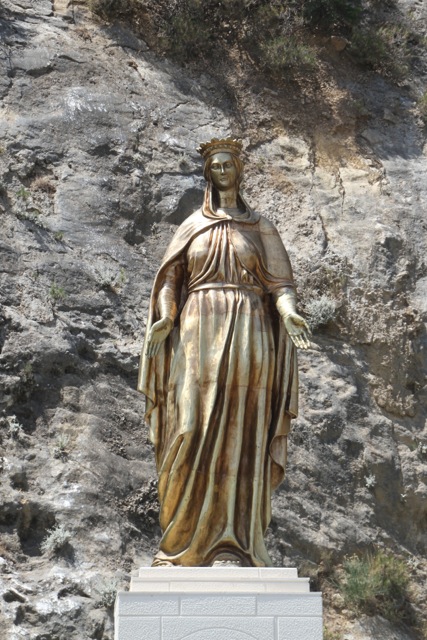 ← Rocks move
I’m a little out of breath →